For a period of 12 years, I was fortunate enough to enjoy widespread access to media events at West Ham United.

Between 2004 - when KUMB first successfully negotiated access to press conferences - and 2016, I was one of the few privileged independent content providers granted access behind the scenes.

Whether this was to be involved in media days at the club - when West Ham would invite both local and national journalists to talk to the players and managerial staff - to interview key figures employed by West Ham or simply given a seat in the press box, I was welcomed.

KUMB was widely recognised as the voice of the fans - the website where supporters gathered in order to discuss current events at West Ham United. This was acknowledged by the club, who for many years were quite happy to work with us.

But all that changed once West Ham United moved to Stratford. Despite having been promised continued access by Tara Warren, who now sits on the Board, it was a very different story when the 2017/18 season began and I applied for a press pass.

"Bottom line is, KUMB aren't accredited by the Premier League and you're not permitted any access," was the abrupt reply from Ben Campbell, the club's current Head of Football Media Relations when I questioned why my access had been revoked without warning.

I should stress this is factually correct; KUMB, as an independent source are not accredited by the Premier League (nor can be) and I, rather foolishly as it transpired, believed that my 20 years working in the field might count for something. 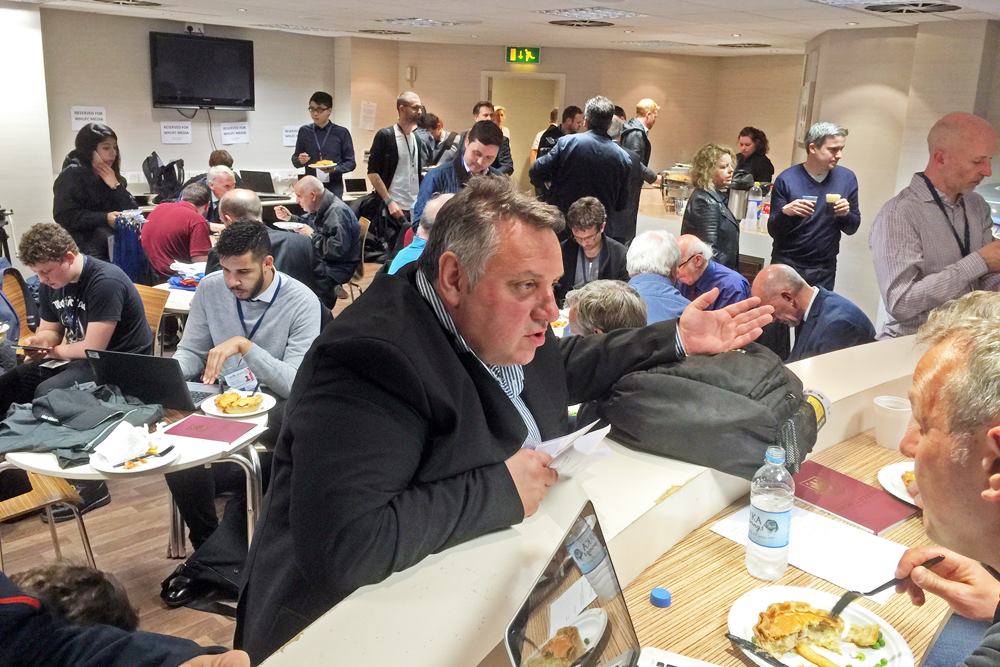 The Boleyn Ground press room prior to the last ever match vs Man Utd, to which KUMB enjoyed unbridled access

Not so, it seems - even though it is the case that the decision ultimately lies with West Ham. There is no Premier League edict stating non-accredited sources may not be granted access to media events. The decision to evict me was purely down to Campbell and the Board.

So after all those years of having enjoyed a close relationship with the club and having worked in conjunction with them on numerous projects, the door had been firmly slammed shut in my face. Simply because the Board were unhappy with the nature of some of the content published on our website.

This initially struck me as being a particularly poor excuse, for the accredited media have a far worse record for publishing content that may not necessarily be supportive of the club! Some of the material published by the likes of The Sun and the online Mail recently has been far more damning.

But with no means of recourse - and my texts and phone calls no longer being returned by those who had previously been only too happy to work with KUMB - I was forced to accept the club's decision. I remain persona non grata to this date.

For many years, KUMB was the only recognised source of West Ham-based online media and news. However that is no longer the case and in recent years we have been joined by a plethora of fellow organisations that produce quality independent content.

West Ham Fan TV, for example, followed the model of their Arsenal counterparts and have been pumping out material via their YouTube channel for five years or so now. Hammers Chat are prolific in this area too and also provide a forum that complements KUMBs.

Then there are the abundance of social media-based entities that operate on Facebook and Twitter - the former's Crossed Hammers, for example, boasts a large membership, whilst fan representatives such as WHUISA and Hammers United enjoy reasonably large followings of their own.

Meanwhile the good old world wide web is bursting at the seams with West Ham sites and WordPress-based blogs - Iain Dale's long-running West Ham Till I Die and James Jones' West Ham World being two such examples. All of which adds up to a considerable readership and one that far exceeds the numbers achieved by West Ham United's own website (indeed, KUMB's traffic alone has frequently exceeded that achieved by whufc.com).

Yet all of these organisations have one thing in common: none of them presently enjoy any kind of media access whatsoever - and none of them are granted the opportunity to interview current players or staff. At any time.

Is is quite clear that West Ham United wish to continue to control the narrative and to minimise the opportunity for independent media to attend any media events, to get close and personal with the players, as KUMB once could.

Instead of embracing the opportunity to work alongside these organisations, West Ham - like 21st century luddites - have repeatedly refused applications for media access, for interviews, for seats in the press box.

And of course we still await improvements to the stadium wifi that would enable these independent organisations to deliver content from in and around the stadium - despite the club having been in Stratford for three years now.

It's long been my view that West Ham are missing a trick here by attempting to brush aside those who provide content independent of their own - which has, rightly or wrongly, often been branded as "propaganda" by supporters.

And I'm not the only one who feels this way. Kris (aka Gonzo), who runs Hammers Chat has produced the following video in which he questions the motives behind West Ham's stance, whilst imploring them to change their position with regards to independent producers. It's well worth a watch (and the inspiration for this article).

Unfortunately for West Ham, this is a tide that continues to swell and cannot be turned back. It will only grow in size as the onset of technology makes it even easier for supporters to command a following amongst their fellow fans. It simply cannot be withstood by any imaginary levee erected by those at the club who probably wished we didn't exist.

When KUMB first launched back in 1997, social media hadn't been invented - there was no Facebook, no Twitter, no YouTube. In order to enjoy an online presence you had to be proficient in web development (something I was personally fortunate enough to make a career from in those days).

Now the same result can be achieved in a matter of minutes, without any knowledge whatsoever of HTML, CSS or scripting - whether that's by creating a group on Facebook, a blog with Wordpress or a website with a template from Wix.

Expensive equipment is no longer required to launch and maintain a YouTube channel - just any smartphone with video capabilities and a 12-month mobile contract with your local supermarket will suffice!

Speaking in the video above, Kris questions just how much longer West Ham can continue to ignore those who provide independent content. He claims that these organisations are treated like "second class citizens" - a point, given my relatively recent snub, I fully concur with.

"We're going nowhere," he states, before adding: "I think the club wish we would." He then goes on to explain that the club's independent media collectively produces more traffic for their West Ham-based content than the aforementioned accredited sources, who are nonetheless granted open access.

So why are we still denied media access - and for how much longer can the club continue to keep the door firmly closed? Kris believes it's because the club are "scared of us" - though exactly why is hard to fathom. 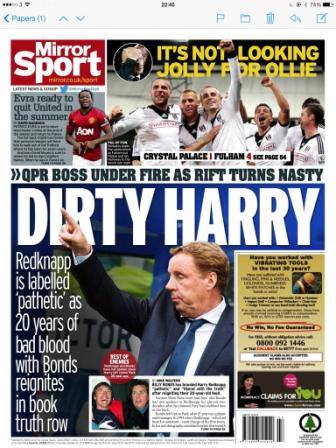 Over the years I've been fortunate enough to interview the likes of Paul Aldridge, Eggert Magnusson, Scott Duxbury and David Sullivan (sadly Karren Brady has always spurned my requests for an interview) - whilst more recently, Kris has enjoyed one-to-ones with the likes of Trevor Brooking, Michail Antonio and Pedro Obiang.

The KUMB Podcast enjoyed a stellar guest list during its four-year run including the likes of Irvine Welsh, Russell Brand and James Corden - genuine a-list celebrities - whilst being the first organisation to talk to Billy Bonds about the nature of his departure from West Ham (an interview that, ironically perhaps, made the back pages of the tabloids).

The point of highlighting this is not to blow one's own trumpet, so to speak, but to illustrate that we take our respective roles very seriously. (After all, running KUMB is my full-time occupation that puts food in the bellies of my children - so it kind of makes sense to be professional.)

Because of this, we feel we have earned the right to once again enjoy 'behind the scenes' access at the club - whether that be via unique media opportunities, or one-to-one interviews etc. And we believe this is what you, our readers and the club's fans, want too.

After all - wouldn't you prefer to read an in-depth interview with a new player in which we ask the questions you've requested we put to them, rather than another hackneyed piece in which they tell us how much they are looking forward to be playing at the London Olympic Stadium and how grateful they are to our co-chairman for signing them?

So it's over to you, West Ham. It really is time to end the media blackout and welcome us back. And you never know - accredited sources or not, it might just prove to be a productive arrangement that benefits all parties...

A decade of shame: from Mido to Sanchez

The next level and the match day experience

You're no longer welcome