An admission of failure

When the West Ham Board let David Moyes go at the end of his short contract 18 months ago it was with the promise of a bright new future with superstar manager and serial winner Manuel Pellegrini.

The Scot was considered surplus to demands with his "dour" football (in reality nothing of the sort) and dispensed with in order to move forward with an attractive and winning style.

What a climbdown by the board to now return to the tried and tested after the Chilean, despite spending funds Moyes was never given flopped badly. Buys such as £36million on Sebastien Haller, £28m on Felipe Anderson and £25m on Pablo Fornals among others left the club fighting a relegation battle they are barely equipped to survive. As legendary grifters themselves the Board were suckers for spiv Pellegrini, his Director of Football mate Mario Husillos (in reality a glorified agent) and even Husillos's son.

Whether you consider Chair David Sullivan's recognition of how badly he was mugged off to be a long-awaited flash of self-awareness or a monumental climb-down and recognition of failure is moot. The fact is, when it came to replacing Pellegrini the club had nowhere to go. Restricted by a long-term cashflow crisis the club didn't have the money to pay compensation for a manager already at a club, nor the imagination to scout for a talented youngster.

The reality is, the West Ham Board had no contingency for Pellegrini to fail.

Let that sink in for a minute, Sullivan is so inept, so criminally incapable of running a football club to succeed and has so toxified the brand, his only recourse was to get on the phone to the bloke he himself had briefed against in order to keep the fans onside. Unsurprisingly those same fans are now incandescent even if there was nobody better qualified to take the job who wouldn't require a fee.

That the Board know they have failed can be recognised in the lack of fanfare that has greeted Moyes' appointment. A social media video with no words or promise. Near silence from the Board themselves. Essentially their message to fans is 'Get used to the new reality'. 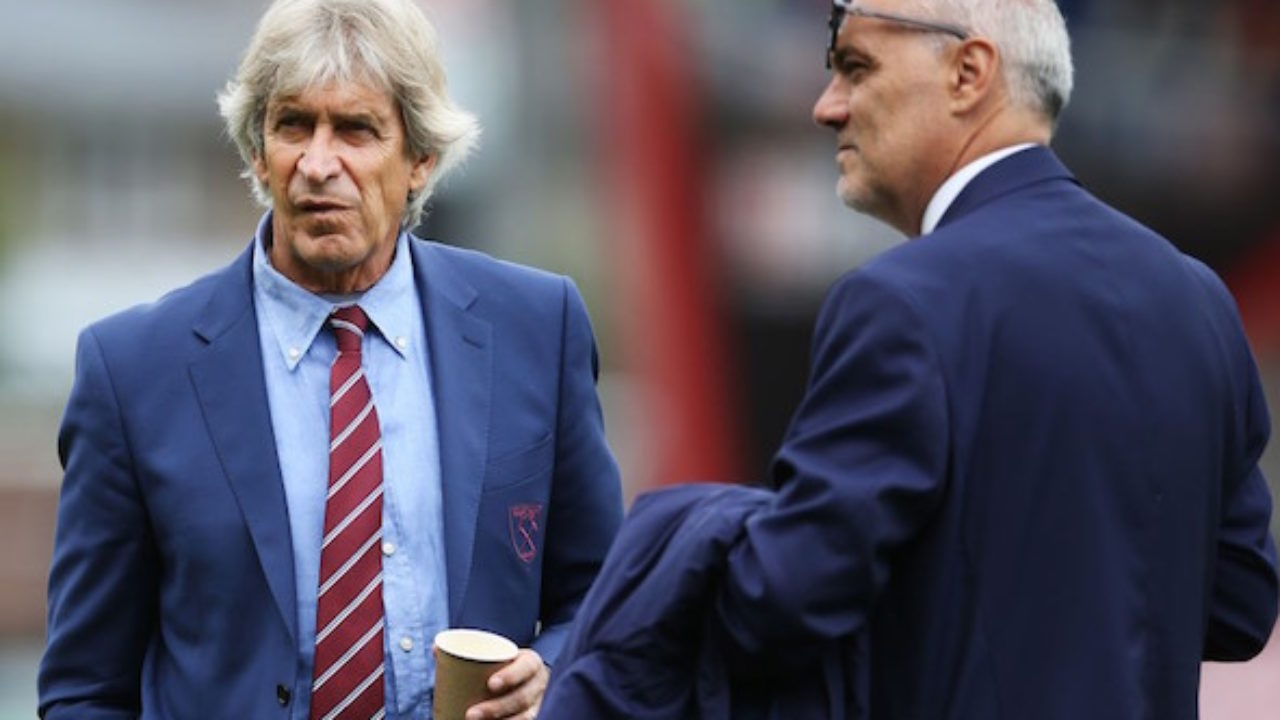 We can be in little doubt now what the club ambitions are. All talk of "top six" and "next level" was about as reliable as Boris Johnson's desire to build a bridge between Scotland and Northern Ireland. In neither case is there any overlap between desire and reality. Expectations well and truly managed, success can now be measured by not getting relegated. Welcome to the brave new world of the Dildodome.

The problem with promises is we the fans lap them up. We are searching for a dream, we want to believe. More even than a soccer mom at a Billy Graham gig we need that belief. Now the reality has been exposed the club must be better judged on their record. Relatively poor investment in players, bare minimum investment in the training ground and Academy plus a lack of structure at both youth level and scouting.

In that respect an article in The Athletic today is well worth a read. For those that don't want/can't afford to subscribe here is the key extract.

It would appear a good part of the reason for Moyes' return is so, with his wealth of experience in football and great scouting knowledge he can attempt to teach those dolts Sullivan, Brady and Gold how to run a football club.

Finally a plea: Moyes is one of only two West Ham managers in the Sullivan era to have improved the club's standing in the table over the course of his tenure (Sam Allardyce the other). For all you may want a brilliant manager playing scintillating football, the reality is, given the lamentable set up at West Ham only the old guard pragmatic managers succeed.

If nothing else Moyes can be expected to provide a tactical framework absent from Pelle-ball. Sebastien Haller should thrive. We might even defend the ball. So when the boys in claret and blue run out against Bournemouth on Wednesday give them what support you can muster. It is no fault of either players or manager we are a failing club.

This is all on David Sullivan, David Gold and Karren Brady.

The genesis of our demise

The London Stadium: a day in the life