Well, it's probably fair to say that won't be the last we see of Hammers United - and that's despite the orchestrated campaign to shut them up.

They are new kids on the block, over 8,000 members in a year or so and harbour a desperate desire to let the world know they are frustrated and unhappy, even if there are many out there who claim that is a futile gesture because the club owners are going nowhere.

But sometimes you have to say something, anything. Remember last time, when the march was pulled at the last minute ahead of the Burnley game? There was pressure-cooker anger then and we ended up with fans grappling with Mark Noble on the pitch and poor 'Bubbles' doing his iconic corner flag routine.

As for the reasons why that march was pulled, I have never really been convinced. There have been several colourful versions, one I heard only recently (things take time to get to me) that was more fantasy than anything else and could have been a page from a Martina Cole novel. I don't believe a word of it!

I can never endorse breaking the law, because it instantly gives the people you are trying to get to the chance to claim the high morale ground, for their media friends to call people hooligans and for banning orders to be thrown around like confetti.

Well there was nothing of that this time. HU have had to learn on the hoof, but even they must have been surprised by the amount of animosity. But Saturday's protest in the Olympic Park went off without a hitch (louder PA next time lads, but you already know that) and nothing spilled over into the stadium, where everyone was right behind the manager and team.

The club, if you asked them, would probably be surprised by the amount of people prepared to protest, certainly in light of the massive PR offensive all last week. How many protested? Well, the police told Matt Law of the Telegraph about 900. The steward on the gate with a 'clicker' reckoned 3,000 plus.

Whatever, it wasn't a waste of time, like so many of the board supporters and bloggers on social media had hoped.

It made its point. It was all over the BBC website, which would have been read by millions worldwide. Job done. Law's piece in the Telegraph, incorporating a trip to the regular and very popular legends event in Leytonstone, was a good read. As was Oliver Key's extensive analysis of the board's ten years of control in the Athletic, an excellent piece.

Hammers United certainly have worked out how to get publicity - and that doesn't mean going three rounds with Mark Noble.

Embed from Getty Images
Fools on the hill? Around 2,000 fans are believed to have attended Saturday's demonstration

What happens next is in HU's court. There will, surely, be another event. They need to build on this first brick in the wall, so to speak. And obviously they need it to be larger and far-reaching across the fan base.

It was interesting to see WHUISA involved. They publicly supported the event and chair Sue Watson was one of the speakers. And afterwards a look at the 'Real' and 'Crossed Hammers' Facebook groups showed a considerable support for the event. Plus a few opponents, but people are entitled to an opinion.

My view is that the club needs a diverse, expansive independent supporters group, and that means all sides of the persuasion. And Twitter discussions afterwards were encouraging.

The Leytonstone event clashed with the static protest, one had been planned for a while and HU's efforts very much the opposite. But a suggestion from all sides that the next protest could be organised with no rival event was met with general approval.

So you build and build. Next time there could be 6,000 attending and then it will he hard to ignore. Even by the establishment-supporting bloggers who just about managed to tell everyone of the tough security measures planned.

Mind you, HU have been pretty vocal against blogs and sites they feel are pro-board, so you hardly expect more coverage than the one open letter allowed on their pages midweek.

Whether the board will ever listen, who knows. But if you don't try you will never find out. HU insists it is not anti-board, but just wants sensible, serious engagement with the owners.

And to be fair, HU - for a first crack at organising a protest - produced a respectful, efficient event (yes, louder speakers, I know) and not a hint of trouble anywhere. Unless you count the little lad who climbed out of the BML and milked his exit as he was led away! (In the old days he would have got a clip from the copper and sent on his way, someone should have a word with his dad.)

HU did find themselves confronted by a galaxy of new, no doubt invented, 'I love the board' Twitter names having a pop at them. One even decided to try to pick an argument with them less than 24 hours before their long-awaited meeting with Jake Heath, the supporter services manager. 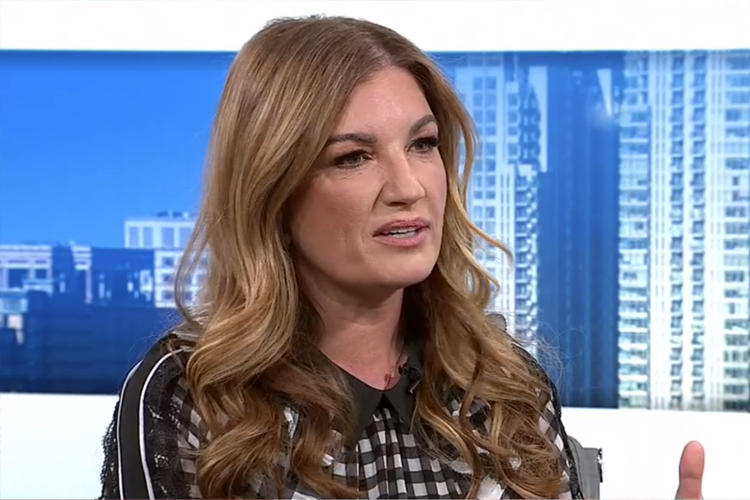 Mind you, last week's media blitz was something else. Three major interviews, Lady Brady's Sun column, words in the programme and some on the club website. All on a theme, defending their ten years of control.

But not once, as far as I could see, did the projected protest get a mention in either the questioning or the general copy. The intent, obviously, was to justify and explain their tenure. It felt like they were in collective denial.

Brady was first up, a strange choice of interviewer on Sky News, I felt. Ian King, ex-Sun and a genuine heavyweight political and finance writer is, I am reliably informed, a West Ham fan. Brady managed to get in the "50,000 on the waiting list" line.

Next up was veteran Evening Standard journo, Ken Dyer, much respected, he did a straightforward reporting job with David Sullivan. Asked the questions, let him speak, wrote it straight.

Now Moose. He has had plenty of stick from fans already. All I can say is that he got the best quote, David Gold claiming that they should not be held to promises made. Many folk flinched at that.

I assume Lee Clayton, ex-of running the Mail sports desk, is Moose's boss now on Talk Sport. All I will say is that I wondered what Clayton would have said to one of his Mail reporters if he had got a quote like that from Gold, and not followed it up with some serious questioning? One fan called the interview a 'cuddle.'

Now HU should sit down and review the last couple of weeks. They will know that the next event, if there is one, should be bigger and equally well within the law. If you don't try you never change anything. If people hadn't tried, we would still have the Berlin Wall.

The pain of a West Ham lost