The OSB: 5 reasons why the club failed its fans

"Undemocratic, non-representative and toothless" - the words of Graeme Howlett, editor of KUMB.com are echoed amongst the West Ham United fanbase.

But how exactly, has the Official Supporter's Board [OSB] failed so spectacularly? 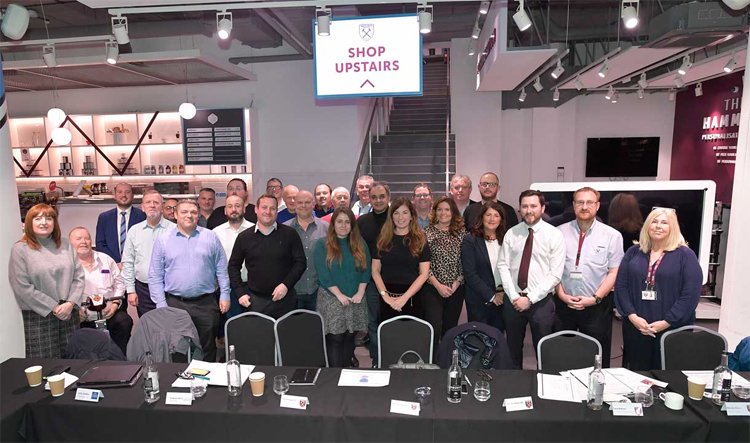 The Official Supporters Board

The first and most important point to make is that the OSB is elected by the board at West Ham. In fact this is mostly Karren Brady's concoction, to appear to provide a meaningful dialogue between fans and the club.
The reality, sadly, is that it does quite the opposite.

Where over 95% of football league clubs have direct contact with supporters groups (the exceptions recently being Newcastle, Hull and us), the OSB provide a further layer between the real fans and the club. A buffer, so to speak which I will come to later.

The way to get on the board seems open and transparent, merely become nominated by a few fans and season ticket holders and this gets you the golden ticket in front of the four man panel (GSB and Trevor Brooking apparently, although his input is questionable in the process).

Once nominated, the board will elect who they deem 'right' for the role, leaving plenty of room for manoeuvre, when it comes to who the board truly want in place.

It would appear the OSB is merely a smokescreen, a squeaky clean, media persona of the new West Ham.

However GSB even managed to get this horribly wrong too.

Recent controversies are well documented and the re-election of board representatives has been required on a number of occasions.

I guess the message here is do your research, but in true West Ham fashion, the board failed to do that while electing their OSB, bringing further ridicule to them and the installation of this supposed fan's group.

Well, where to start. The paragon of all things wrong at our club currently and this failed initiative has Brady's grubby finger marks all over it.
When it comes to corporate profiteering and putting a plaster over the mighty cracks, Brady is your lady.

The OSB certainly seems like her brainchild, designed to appear to fans and the media as an olive branch or an open ear.

However, appearances can be very deceptive.

The OSB is nothing short of a road block between the fans and the club and is one of the major reasons West Ham United finds itself at its most disconnected and dispirate from its fanbase.

In fact in a recent twitter poll of nearly 2000 fans, 94% said they have never felt less connection with the club than they do now.

As has been alluded to throughout this article, the OSB was created to add more protection to the board, rather than be a link to it.

GSB are fully aware of their tenuous positions as 'custodians' of our club and will do anything within their power to keep the fans from the door, while lining their pockets.

The recent accounts for the club (finally appearing after Hammers United requests for them to be published), proves what a great job Gold and Sullivan feel Brady is doing by increasing her pay by ?240,000 annually.

While it would appear that Brady and the OSB were keeping matters calm at the club, in recent times this has certainly changed and Brady's buffer, has been outed for what it truly is : an ineffective ruse.

So as we have seen the history of the OSB doesn't look great, but where does it stand now?

The current board consist of a Cambridge graduate in Business, a Property Asset Manager and Chartered Surveyor, a current Bank Manager (an area where Brady owns a number of shares), a group editor of a newspaper company... I could go on but these roles are hardly representative of the wider West Ham United fanbase.

Far be it for us to be cynical, but this does suggest of some handpicking of reps by our current, business-minded, money-obsessed board.

The OSB stand accused of breaching government regulations and Hammers United who are spearheading change, have written to the UK government regarding it.

Just this morning, the group along with West Ham ISA have turned down the opportunity to meet with club officials before the Liverpool game tonight.

The fan's groups see this as another attempt to placate the fans and instead they have insisted upon meetings with representatives of the Football Supporter's Association to ensure parity and that GSB are held to account.

Lee Rogers, joint secretary of Hammers United said, "We would ask UEFA to urge West Ham United to formally engage in open discussion at a senior level with our independent and democratically elected supporter's group," Rogers said. "Rather than exclusively with their own informal and undemocratic body."

In addition, I approached my OSB East Stand representative for comment before the West Brom game, but I received no response.

I did however receive a reply from the West Stand rep who was unavailable all weekend.

It is difficult to predict in this topsy-turvy world of West Ham United, but it is fair to say that whatever faith in the OSB there was, has now completely been lost.

With Hammers United and the ISA standing firm regarding meaningful dialogue with fans, this may signal the beginning of the end for this doomed Vaudevillian project.

The pain of a West Ham lost