KUMB's Marathon Man Colin Wells is taking part in the 2020 London Marathon once again this year as he seeks to raise even more funds for charitable concerns.

Colin, who is known to many on KUMB and amongst the wider West Ham fraternity simply as 'Wanstead' has run in excess of 25 marathons over the years on behalf of a string of charities including Shelter and the Bobby Moore Trust. 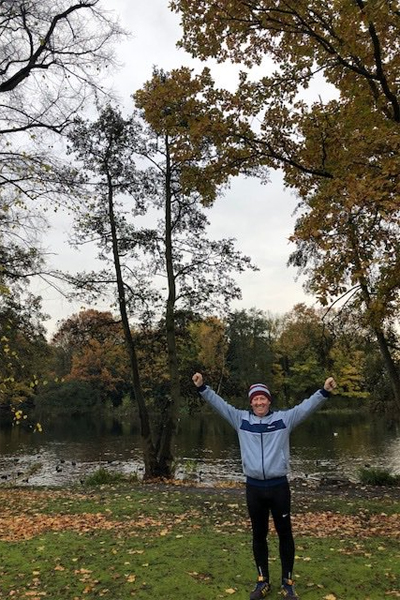 Colin training in Wanstead Park (where else?)

However this year's attempt will be an especially poignant occasion as Colin will be running alongside his daughter Louise on behalf of Parkinson's UK - a condition that he was himself diagnosed with two years ago.

"This year my Dad and I are lucky enough to be able to take part in the London Marathon 2020 together," Louise told KUMB.

"We are running for Parkinson's UK, a charity which I got involved with recently as my dad was diagnosed with the condition in 2017.

"As of yet he shows no sign of slowing down and, much like our very own Mark Noble, a die hard fan and not one to ever give in, is eager to complete his 15th London Marathon.

"I myself, a bit like Sebastian Haller, am just here for support, to enjoy the training and run itself!

"I would be very grateful if you could support this charity by donating to our page and support my dad in this challenge - and hopefully the six-plus hours we'll take to complete it won't be as painful as the recent Spurs game!"

Every hour, two people in the UK are told they have Parkinson's. The Parkinson's UK charity provide friendship, support, expert information and advice.

They also fund groundbreaking research into Parkinson's, which is leading the way to find a cure. 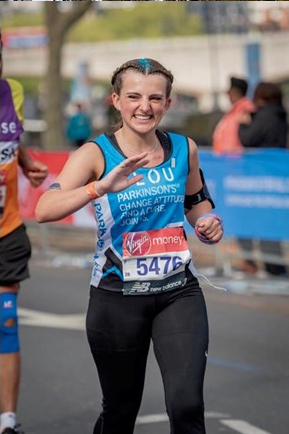 Louise is running this year's Marathon alongside her father

"This will be a challenge but one we are both looking forward to, taking part together, however long it takes," added Louise. "We hope to avoid the chemical clean up team!

"I'd also like to say a big thank you to those on KUMB who have sponsored my dad over the years."

If you're in a position to help Louise and Colin - who recently completed a 12km trial run as part of his training - reach their target, you may add a donation by visiting their JustGiving page at justgiving.com/fundraising/colinwellsandlouisewells.

Donating through JustGiving is simple, fast and totally secure. Once you donate, they'll send your money directly to the Parkinson's UK charity.

Naturally everyone at KUMB wishes our dynamic duo the very best of luck!
* Something to say about this story? Please visit the KUMB Forum to leave a comment.