West Ham United have been ranked 18th in the latest Deloitte money league.

The annual summary of football club finances, which ranks clubs by their annual revenue lists the Hammers in 18th spot globally - the seventh highest English club.

And it also highlights how highly the club relies heavily on annual income from TV and other broadcasting rights based upon being a member of the Premier League, with 67 per cent - up from 53 per cent ten years ago - of West Ham's 2019 income arriving from such revenue streams. 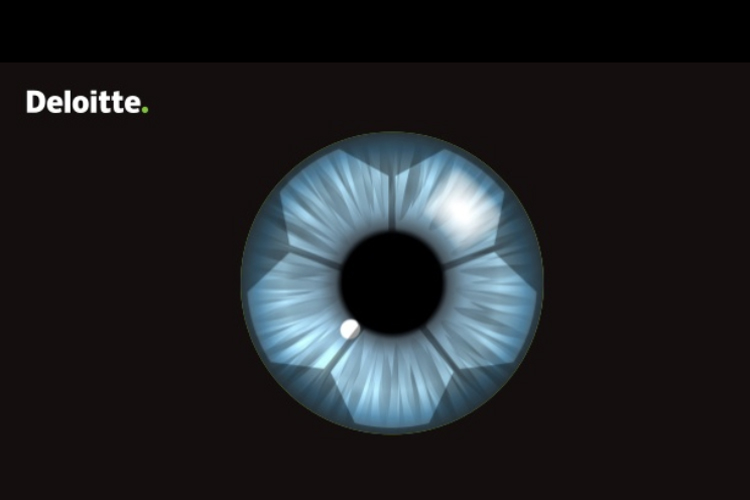 As the graphic below illustrates, just 14 per cent of the club's revenue came via match day sources - which includes season ticket and other ticket sales - whilst the remaining 19 per cent comes from commercial activity, such as sponsorships, replica kits and catering. Those percentages have remained broadly the same since West Ham left the Boleyn Ground in 2016, whilst commercial revenue has increased by £6million and match day income has essentially remained static.

West Ham's position in the Deloitte rankings has remained fairly steady since the club left Upton Park; 18th in 2016, the close rose to a record high 17th place the following year (2017) before slipping back to 20th in 2019. This year the Hammers have risen above Everton, Newcastle and AC Milan in the money league, but have been overtaken by Ligue 1 side Lyon.

West Ham began the last decade 30th in the money league (10th highest in Britain), although the club's rise can largely be attributed to the increase in annual TV and broadcasting rights as opposed to any substantial increase in either matchday or commercial revenue.

The first set of accounts published following the current administration's purchase of the club (released in May 2010) state that the club earned £71.7million during the 2009/10 season, which consisted of £38million (53%) from broadcast and central sponsorship distributions, £16.9million (23.6%) from match receipts and other football income (matchday) plus £16.8million (23.4%) from retail, merchandising, catering and hospitality (commercial). 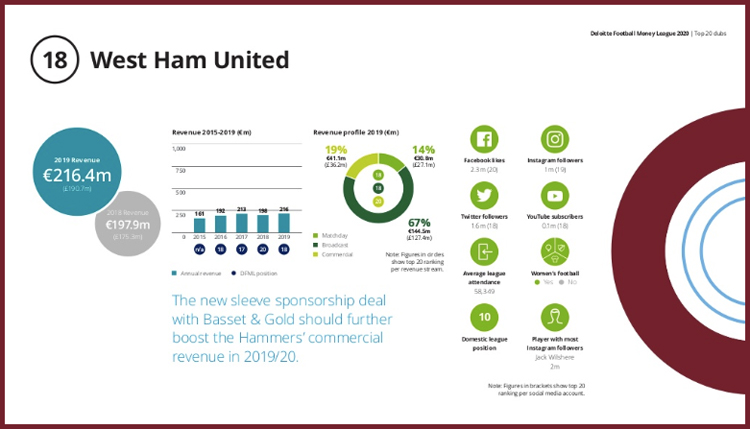