Hammered: 'It's an absolute shambles'

West Ham were one of the subjects of discussion on Sky Sports Sunday supplement earlier today - and the show didn't make good viewing for Hammers fans.

Journalists Jonathan Liew, Matt Lawton and Matt Dickinson laid into the club's hierarchy as they slammed the board for the club's perceived lack of direction and their stewardship during the decade.

And Liew, who writes for The Guardian, claimed that West Ham were no longer considered to be a serious player in European football - despite recently being named as the world's 18th-richest club. 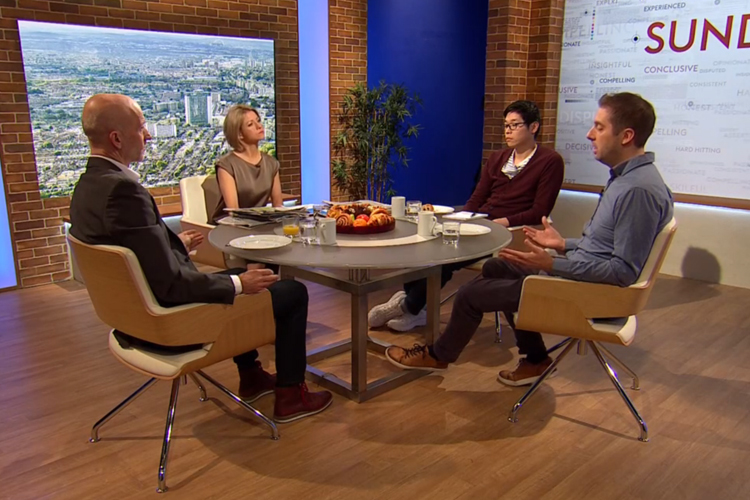 "We talked about culture previously and there is a culture that basically everybody's got their hands in the till. The players are there for a pay check, the managers are there to do a couple of season to buff up their CV.

"There is no long term thinking. If you go from Moyes, to Pellegrini, back to Moyes, what is the long-term plan, what's the vision there? There isn't one."

Meanwhile The Telegraph's Matt Law highlighted the club's sheer lack of depth with regards to a support mechanism behind the playing squad. "They probably have the worst training ground in the Premier League," he said. "And I think, at the moment, they've only got one scout.

"When David Moyes came back he wanted to bring Stuart Pearce - who'd done a good job before - with him. It was vetoed because he'd dared to criticise the board on a radio station.

"He's got one member of the backroom staff that he's brought in, Alan Irvine, because Alan Stubbs turned them down. He's got no backroom staff, it's just a shambles, an absolute shambles."


"It's just a shambles, an absolute shambles. If they were to go down, that club could just fall apart."@Matt_Law_DT gives a scathing assessment on the current situation at West Ham.

"It's being run like a fruit stall": Liew and Law slam West Ham's board

And Law also suggested that David Sullivan and David Gold's primary reason for buying a majority share of West Ham was the lure of the Olympic Stadium.

"They tried the same thing at Birmingham," he added. "They wanted Birmingham Council to build them a stadium and they wouldn't. They did nothing to St Andrew's, which looks like something out of the 1960s and is falling down. They didn't invest in any infrastructure, the whole thing fell apart.

"If they were to go down [with West Ham], that whole club could just fall apart."