Barber, who cut his teeth as a football administrator at Tottenham and Vancouver Whitecaps before moving to the south coast club revealed that The Seagulls charge £350 for the same service - although Brighton's package, unlike West Ham's, includes a full kit for the mascots, free parking and other benefits.

Embed from Getty Images
West Ham are estimated to earn between £100,000 and £150,000 per year from selling mascot packages

"It does seem a lot of money," Barber told Talksport presenter Jim White during his Tuesday morning show. "I don't think ripping people off of overcharging is acceptable.

"Making sure the packages are great value and making sure when the kids arrive they are treated like royalty [is vital]. At Brighton we do, the kids take part in the day for hours. We get feedback from parents saying it's the best day out the kids have ever had.

"So getting the balance right in terms of the pricing and what you include with that - but also making sure it's accessible to as many people as possible - is the way to go."

Barber's view was backed be fellow guest and former Crystal Palace chairman Simon Jordan who was equally scathing of West Ham's controversial policy. "It's about value," he added.

"If the kids are going there getting the full experience - tickets, the parents are going and parking is provided, meals are provided as is the opportunity to walk out into the stadium - it's the whole kit and caboodle. 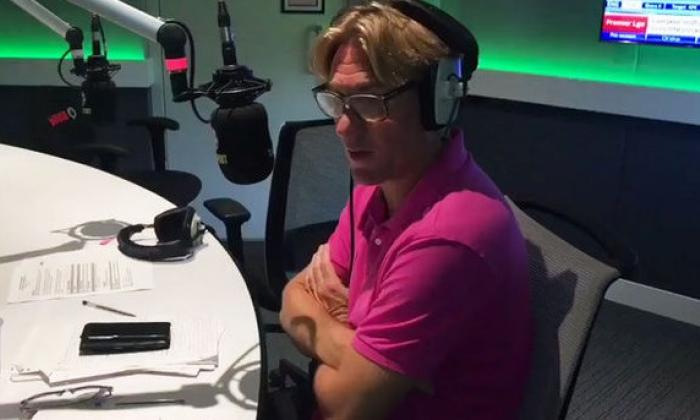 "When you start to move into five, six, seven hundred pounds and you're not even getting the kit included in it, you're starting to get into territory of cynical profiteering.

"It's a bit ugly and not representative of what football should embody -which is giving something back to the supporters and the next generation, the lifeblood of a football club."

West Ham charge up to £700 for their match day mascot packages but attendees are asked to provide their own kit.

The club came under fire earlier this week from Amilah Dobson, a teenage member of the club's Junior Supporters' Board who claimed her request to have the club's pricing structure for mascots investigated had been ignored.
* Something to say about this story? Please visit the KUMB Forum to leave a comment.